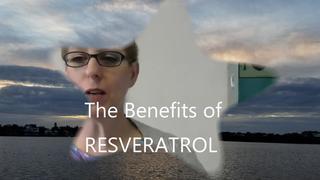 Resveratrol is a phytoalexin, a class of compounds produced by many plants when they are infected by pathogens or physically harmed by cutting, crushing, or ultraviolet radiation.

What are the benefits of Resveratrol?

Resveratrol has many health benefits but the simplest way to describe it as a supplement that nourishes the Mitochondria in the body. It seems to roll back the effects of aging on the cells.

Here are a few of the major things we covered in this video:

Pre-conditions the heart and brain from damage caused by strokes and heart attacks. Does this by raising the activity of heme-oxygenase, a protective antioxidant enzyme that is usually activated after heart attacks and strokes. This means individuals can sustain a heart attack or stroke and suffer small or no adverse consequences.*

Prevents blood clots that cause strokes and heart attacks by inhibiting the enzyme phosphoinositide 3-kinase.

Blocks fatty acid synthase, an enzyme responsible for the conversion of sugar to fat. Resveratrol also inhibits lipase, the enzyme that helps to absorb fat from the digestive tract.

Activates a DNA-repair survival gene called Sirtuin 1 that mimics the beneficial effects of calorie restriction. Produces health without having to deprive oneself of food.*

Resveratrol works as an Antidepressant

Works as an anti-depressant by inhibiting the enzyme monoamine oxidase (MAO inhibitor).*

Resveratrol Works as and Anti-inflammatory Agent

Inhibits the enzyme cyclooxygenase, making it an anti-inflammatory agent (COX-2 inhibitor), without the typical side effects seen with Cox-2 inhibiting drugs.

Resveratrol also lowers homocysteine, an undesirable blood protein.
Prevents blood clots, bacteria, viruses, cancer cells, and cholesterol plaque from sticking to the inside wall of arteries by an anti-adhesion factor, thus preventing the spread of cancer and infection.*

Eradicates brain plaque called beta-amyloid, believed to be involved in Alzheimer’s disease. It does this at very low concentrations (millions of a milligram).

Rescues the liver from a condition known as fatty liver despite a high-fat diet or alcohol consumption. 35% of Americans have fatty liver.

Inhibits the effects of excitoxins like glutamate on the brain. (MSG toxicity)*

Resveratrol inhibits telomerase, the enzyme responsible for shortening the end caps of chromosomes.*

Resveratrol Ha Been Studied on Cancer Cells and Viruses

Resveratrol acts as an antibiotic against bacteria and is said to exhibit strong antibacterial activity against antibiotic-resistant bacteria (vancomycin-resistant Enterococci and methicillin-resistant Staphylococcus aureus (MRSA).

Resveratrol exhibits strong action against all manner of viruses, including the herpes virus (infects 80% of mankind), influenza virus, and Human Immunodeficiency Virus (HIV).

Resveratrol is an anti-fungal agent on the grapevine and in the human body and is active against Candida albicans.*

Resveratrol is found in that berries, including:

Resveratrol effects the Hormones in the body

It helps lessen the side effect associated with Menopause.

It supports the new cell growth of glands all over the body. Especially protective for the Thyroid and Pancreas.

Is there Resveratrol in wine?

I listen to a lot of videos by Dr. Eric Burg. I have learned from him that there is a little Resveratrol in red wine. But does that mean it is good for you? Not really, Alcoholic beverages hit your insulin receptors 3 times as hard as eating straight sugar or drinking a sugar ladened soda. The 2nd piece of is that Alcoholic beverages take a hit on the liver. The damage that one glass of wine causes to the liver may cause the liver up to a week to repair. The conclusion being that the amount of Resveratrol in a glass of red wine is not worth the damage that the Alcoholic beverage does to your body.

Is drinking wine before bed healthy?

Not really – it hits your body like a sugar making your body work on insulin management instead of healing the cells.

A nice herbal tea before bed would be a much healthier choice.

No, not THAT Recovery….recovery from athletic competition and general strenuous physical exercise.

Ask any competitive runner, “What is the one thing that keeps you from improving your times?” and they will tell you, “Recovery time.”

There you have it; the most common complaint from any athlete on the planet. People who train must have time for their muscles and tendons to mend and their aerobic systems to adapt. Precious time. They often take every form or vitamin and mineral ever devised by humans and yet, it still takes time…no matter what.

Here’s a true story about a man named Chuck Cash. He was formerly in the U. S. Army for 20 years, retired and begin working as a successful salesman at age 47. His favorite pastime was competitive running; 5K’s, 10K’s, full marathons and rapidly fading dreams of one day competing in Tri-Athlons and pure fantasies of being a ranked Iron Man.

He had begun working at a big box retailer selling room additions and whole house air conditioning upgrades. One afternoon, I happened to have struck up a conversation with him and asked about his “after work” activities as I noticed he was very conditioned. “I run…that’s what I do. It gets me away the active duty I once was in and it gives me a purpose…to improve. But, here lately…I’m thinking about giving it up…these 20 something’s pass me like I am out for a walk…getting old does that to a man.” He was deeply troubled that his competitive spirit was going down in flames.

“Look,” I said, “That is not exactly the way it has to be…you appear in great shape and just need some tuning up.” He laughed a little at my optimism and followed with, “I’ve tried just about every ‘Magic Bullet Drink and Pill’ out there…all are frauds or not really what they promise.”

“Well, just maybe there is something you have not tried.”

“Don’t tell me you sell MLM stuff…I’m not interested!”

“I would not be either! I don’t do MLM and never will. I own a company that has a product that restores the health and vigor of your Mitochondria.”

“I’m sorry, I have no idea what that is…why would it help me?”

“The mitochondria are bits of living material in our human cells that are directly responsible for extracting energy from the food we eat. These are the energy processing centers in all living human cells. But, as we age we start to lose these little systems and we begin to feel our age. By the time we reach advanced age and near death, we have lost so much Mitochondrial material we can no longer stay alive. However, now we know how to directly feed these little things and begin to get our health and energy back. Interested?”

“A Fountain of Youth….yea, sure. And, how much is this miracle?”

I smiled…. “Nothing, at least not for you. I need a person who is a competitive runner to try this product for a whole year and then give me testimony.”

“Well, sounds interesting…again, what is the retail cost of these …bottles?”

“Wait a minute, you are telling me you would give me $720 worth of your product for my recommendation at the end of a year? Well, here’s what I’ll do…you give me the product for a year but at the end of the year I will not give you my testimony….” He smiled.

“Okay, but exactly what do I get from this little venture?”

“Data…my testimony is no better than no one else’s but this is…..!” He produced a small 2 ½” by 4” blue notebook from his hip pocket. He opened it and pointed to line after line of times, dates and numbers of all kinds.

“My run times…every day of the year for the last three years….I’m getting slower and slower. If your product even keeps me level at 47 through 48, you might even get a word or two….but, the data will not lie. If your product shows no slowing in my decline it will go on my list of useless and over hyped junk….fair?”

“Absolutely!” I was ecstatic…my first true data trial of Time Challenger Mitochondrial Formula. The year was 2009.

It was March. I soon forgot about Chuck and his daily runs. One day he came to visit me and announced it had been 4 months since he had begun taking the product. “How are your times now?” I asked. He just smiled and said, “I’ll let you know Tuesday or Wednesday. Tomorrow (Saturday) I’m running a marathon at town lake. Next week will be a good time to get with you because I always need 2-3 days to recover. I’ll let you know then and I’ll show you the times.”

The following Monday, in walks Chuck with a Silver medallion around his neck. It almost seemed his ears had moved an inch or two back as his smile occupied his whole face! “Got some news….feel like I could run another one right NOW! By the way, got 3rd in my age bracket out of 600+ people and passed more 20 & 30 something’s like they were standing still …AND….with 10 MINUTES OFF LAST YEAR’S TIMES! I’m entering my first Tri-Athlon in October. It works….”

Since then Chuck Cash has gone on to place or win in every competition he has entered. Two years ago he completed his first Iron Man competition. Just to let you know that’s: 1 marathon & a 5K swim & 100 miles on a bicycle…in a single day!

It’s all about RECOVERY.

Chuck could never have been able to do the things he is doing…getting better each year without drastically modifying his recovery times. While other competitive marathon runners were resting up to re-begin their training for the next race, Chuck was on the road or the track faster and with no injuries due to training too hard, too early.

Now, this training formulation product has improved. Time Challenger Labs International, makers of Time Challenger have created Time Challenge Athletic Formula….original Time Challenger with Glucosamine and Chondroitin for extra lubrication of stressed joints and the care and feeding of your essential Mitochondria.

As Chuck would say, “Don’t know about you…but this stuff works! Gotta run…I’m gonna win this one….!!!”

If your joints are acting up and your “Gitta Along” is suffering, you might try the product Chuck Cash now brags about. After all, if you only treat arthritic symptoms and do not feed the body’s systems (Mitochondria) so they can heal, you most likely will not get the rewards (even a little) that Chuck Cash is now virtually taking for granted. Remember: aging is not just about more years….it’s also about BETTER years!

Be Well!
Get your own: Time Challenger Products

Our Products Available with Resveratrol in them: 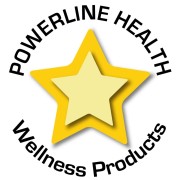 The Three Phases of Covid 19

Clear focus starts with a healthy lens and macula The lens’ job is to make sure light rays reflected off the objects we’re trying to see come into sharp focus. The macula is highly sensitive portion of the retina, is also responsible for vital focusing vision.  When we use our eyes to drive, read a book or even gaze at a loved one, the ...